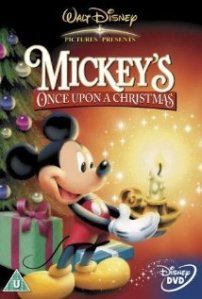 This is a Christmas themed three-part anthology style video. The first part is “Donald Duck: Stuck on Christmas.” The second part is “A Very Goofy Christmas” and third part is “Mickey and Minnie’s gift of the Magi.” The three stories are linked together by the narration of Kelsey Grammar. The movie was originally released on VHS in 1999 and on DVD in 2000. 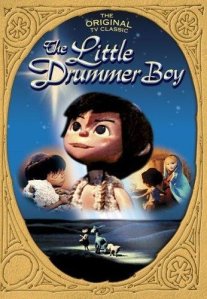 The 1968 television series is a stop motion animated film. The story is based on the famous Christmas song of the same name. An orphan drummer boy who hated humanity finds his life changed forever when he meets three wise men on route to Bethlehem.

The original “Frosty the Snowman” was a TV special that aired in 1969, it was based on the popular Christmas song of the same name. Rankin/Bass writer Romeo Muller adapted and expanded the story for television as he had done with “Rudolph the Red-Nosed Reindeer.” The story is about a living snowman and a little girl who try to elude a greedy magician who is after the snowman magic hat. 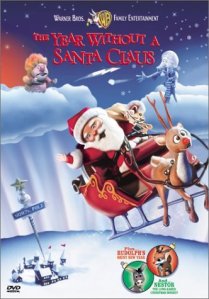 The Year Without a Santa Claus is a 1974 Rankin/Bass stop motion animated television special. The story is based on Phyllis McGinley’s 1956 book of the same name. The story is about a weary and discouraged Santa Claus considers skipping his Christmas Eve run one year, Mrs. Claus and his Elves set out to change his mind. Santa Claus is voiced by Mickey Rooney. A 90 minute remake was make in 2006 and released on DVD.

The Polar Express is a 2004 motion capture computer-animated fantasy film based on the children’s book of the same title by Chris Van Allsburg. The Polar Express is listed in the Guinness World Book of Records in 2006 as the first all-digital capture film.  Tom Hanks in six distinct roles in the movie. The story is about a doubting boy who, on Christmas eve, boards a magical train that’s headed to the North Pole and Santa Claus’ home.

This is a 1966 animated television special. It is based on the homonymous children’s book by Dr. Seuss. The special was released on DVD again in 2006, labelled as a “50th Birthday Deluxe Edition”. The story is about a grumpy hermit hatches a plan to steal Christmas from the Whos of Whoville. The Grinch (voiced by Boris Karloff) is the film’s main character. On October 6, 2009, the special was released on high definition Blu-ray Disc but the title was changed to Dr. Seuss’ How the Grinch Stole Christmas!. In 2000 a full length feature film was made of the same title starring Jim Carrey as the Grinch.

A Charlie Brown Christmas is the first prime -time animated TV special based upon the comic strip Peanuts, by Charles M. Schulz. The special has been honored with both an Emmy and Peabody Award. The story is about Charlie Brown who tries to find the true meaning of Christmas after being repelled by the commercialism he sees all around him. In 1992, the special was released for a limited time on VHS through Shell Oil for sale at their gas stations. In September 1994 the special was released by Paramount on VHS. In September 2000 it was released on DVD. 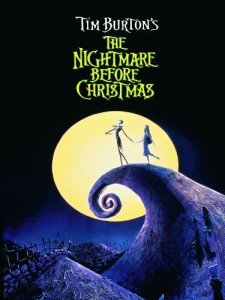 This movie is a 1993 American stop motion musical fantasy film directed by Henry Selick and produced/co-written by Tim Burton. It tells the story of Jack Skellington, a being from “Halloween Town” who opens a portal to “Christmas Town” and decides to celebrate the holiday, but does not quite understand the concept. The Nightmare Before Christmas originated in a poem written by Tim Burton in 1982. 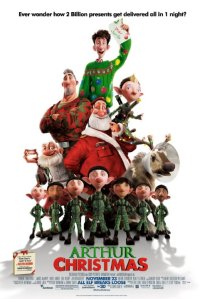 Arthur Christmas is a 2011 British/American 3-D computer animated Christmas comedy film, produced by Aardman Animations and Sony Pictures Animation as their first collaborative project. The film was released on November 11, 2011, in the UK, and on November 23, 2011, in the USA. Arthur Christmas reveals the incredible, never-before seen answer to every child’s question: ‘So how does Santa deliver all those presents in one night?’ The answer: Santa’s exhilarating, ultra-high-tech operation hidden beneath the North Pole. But at the center of the film is a story about a family in a state of comic dysfunction and an unlikely hero, Arthur, with an urgent mission that must be completed before Christmas morning dawns.