The class Insecta contains about 30 million species and is divided into 25 orders.  These are the ten largest orders, with the scientific name, the type of insects in contains, and how many species listed in the title. 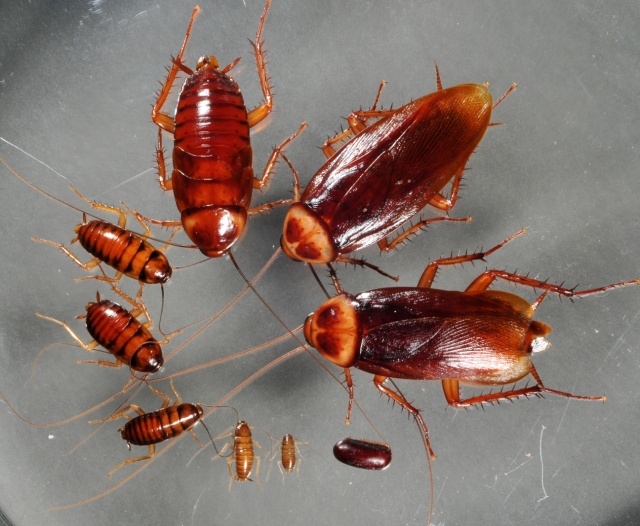 Most people will be horrified to learn their are close to 5,000 species of cockroaches, one of the most despised animals on the planet.  Few other animals have inspired an insult as harsh as calling someone a “cockroach”.  However, only four species are recognized as major pests, the American, German, Asian, and Oriental cockroaches.  Arguably the most famous is the American cockroach, which is the largest of the common cockroaches.  These pests can be dangerous, since they often carry diseases like Salmonella on their legs and then crawl onto unguarded food.  Their feces and body parts can also cause allergic reactions.  The longest cockroach in the world is the Central American Giant Cockroach, which can reach 4 inches, while the heaviest is the Giant Burrowing Cockroach of Australia. 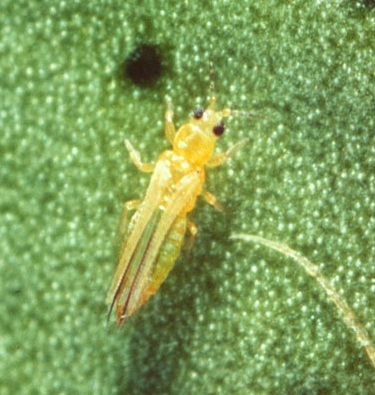 Thrips are tiny (0.02 to 0.5 inches), slender insects also known as thunderbugs or storm flies.  Some species are considered pests because they feed on numerous crops by puncturing them and sucking up their contents.  However, other species are beneficial since they feed on mites and other pests.  Thrips have fringed wings, they get their name from the Greek word for fringe (“thysanos”) and wing (“pteron”).  Because of their minute size, they often go unnoticed, but large swarms can form and create an irritant to humans.  They are poor fliers, but can be carried long distances in the wind. 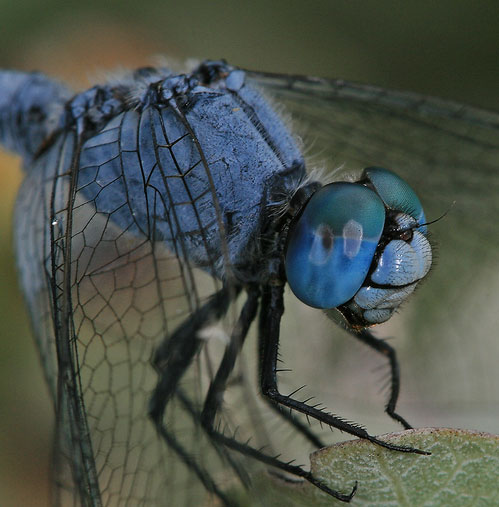 The order Odonata includes dragonflies and damselflies.  While the two insects look similar, the primary difference is that when dragonflies are at rest, they hold their wings away from their body, while damselflies hold their wings alongside their bodies.  Dragonflies are some of the most impressive flyers in the insect world, larger species can reach speeds of 34mph, and all species can fly backwards, hover for up to a minute, and change direction mid-air.   The largest odanate in the world is the Megaloprepus caerulatus, a dasmelfly found in Costa Rica with a wingspan of up to 7 inches. 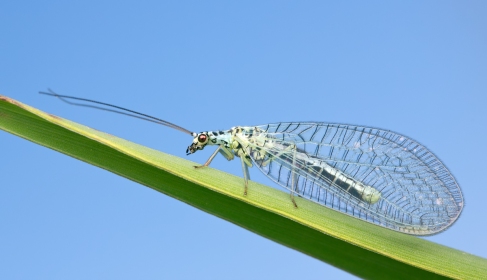 All net-winged insects fall under the order Neuroptera.  The most famous insect in this order is the Lacewing, but it also includes mantidflies and antlions.  All insects in the order have four membranous wings, all roughly the same size, with many visible veins.  The most common family in the order are the green lacewings, of which there are about 1,300-2,000 species.  Also in the order is the antlions, which are famous for their larvae.  An average antlion larva digs a pit of 2-3 inches and hide in the bottom.  When prey, primarily ants but sometimes even spiders, walk into the pit, they slip down the sandy sides and are killed by the larva. 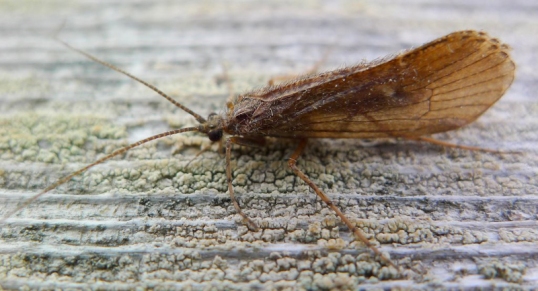 Caddisflies are closely related to moths and butterflies and Trichoptera and Lepifoptera (moths and butterflies) form the superorder Amphiesmenoptera.  The name Trichoptera comes from the Greek words for hair, “trich” and wing “pteron“, since they have two pairs of hairy membranous wings.  They are usually found around streams, ponds, and lakes, since their larvae are aquatic.  Caddisfly larvae build underwater structures out of silk, which they excrete from salivary glands near their mouths.  They then pupate in cocoons attached to their structures, and once they are fully formed, they cut through the cocoon with newly formed mandibles, swim to the surface, and discard their gills and the mandibles, which are no longer needed.  The adult caddisfly then flies away. 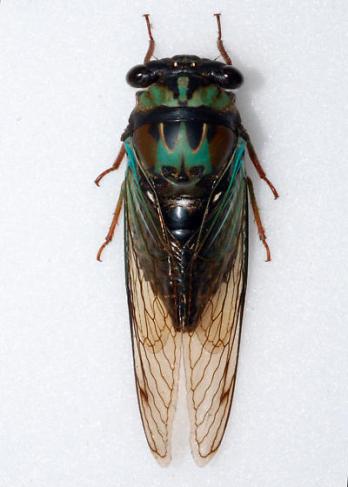 While the word “bug” usually refers to insects and arachnids together, in scientific terms, the word is applied to insects in the Hempitera order, which includes aphids, cicadas, planthoppers, leafhoppers, shield bugs, assassin bugs, and pondskaters.  The order is notorious for being extremely destructive to commercial crops with aphids (famous for being the prey of ladybugs) being the worst.  However, other species in the order, like damselflies, are actually extremely beneficial, since they prey on these pests.  The defining characteristic of insects in the class is the arrangement of their mouth-parts into a type of beak containing a proboscis which is used to pierce plant tissue. 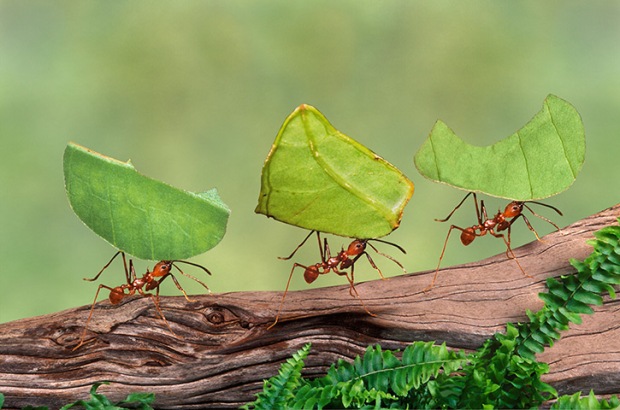 Named for the Greek words “hymen” (membrane) and “pteron” (wing), the order Hymenoptera includes wasps, bees, ants, and sawflies (insects which resemble wasps).  While it may seems strange to group ants with the other flying insects, all of the insects in the order have the same basic structure, with a slender waist connecting their thorax and abdomen.  Ants are possibly the most successful of all insects, as the about 20,000 species have adapted to live nearly anywhere and colonies are able to solve complex problems.  15-20% of the weight of all land animals (the biomass) is from ants.  Bees are one of the most important animals on Earth, due to their key role in the pollination of flowers.  Their colonies are also capable of solving amazingly complex problems. 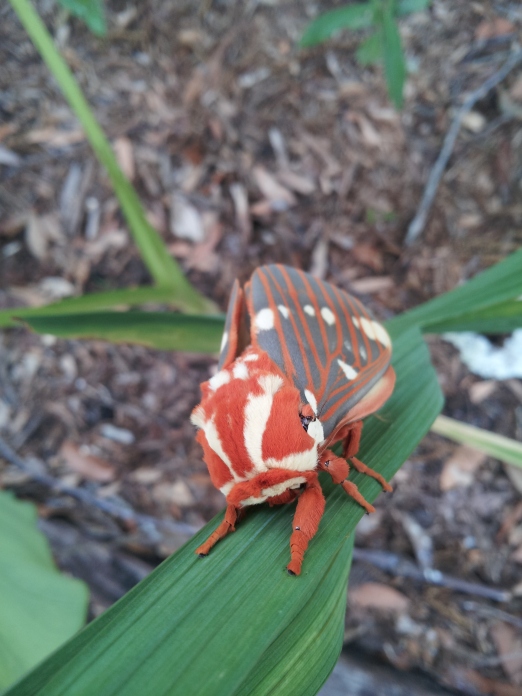 Leidoptera includes the most popular of insects, butterflies, as well as moths, which are closely related. These species are characterized by having modified, flattened hairs on their wings which are known as scales.  These scales give  butterflies and moths there incredibly wide range of colors and patterns.  All butterflies and moths start life as a caterpillar, once the caterpillar is fully developed, it becomes a pupa – a chrysalis in butterflies and a cocoon in moths.  The incredible colors and patterns have made some species became extremely popular.  Some of the best known are the monarch butterfly, luna moth, royal walnut moth, and the orchard swallowtail.  On the other hand, the caterpillars of the Giant Silkworm Moth in South America have highly poisonous hairs and several people die in Brazil every year from the toxins. 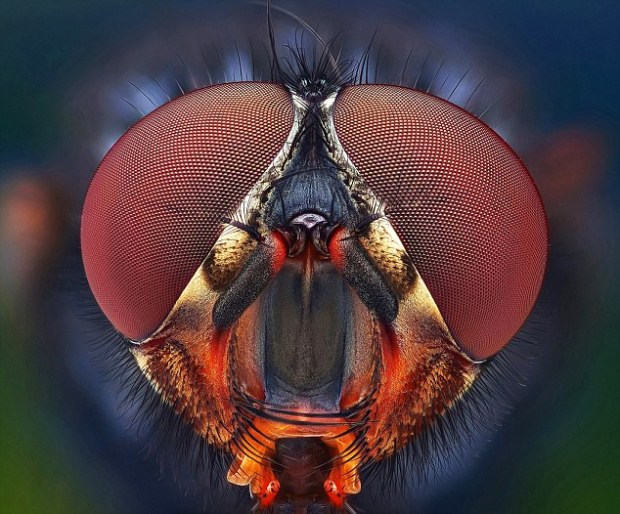 Diptera is not only one of the largest orders of flies, but also the most hated.  It contains pests like house flies and fruit flies, smaller biting insects like gnats and midges, and the deadliest animal on the planet, the mosquito.  On average, 1.2 million people die every year from Malaria, a mosquito-borne disease, the vast majority of the victims in Africa.  While flies are widely hated, their larvae, maggots, are actually useful in numerous ways.  They are helpful to forensic scientists for determining the time of death of a victim.  There are also bred commercially for bait and food for pets such as, birds, reptiles, and fish. 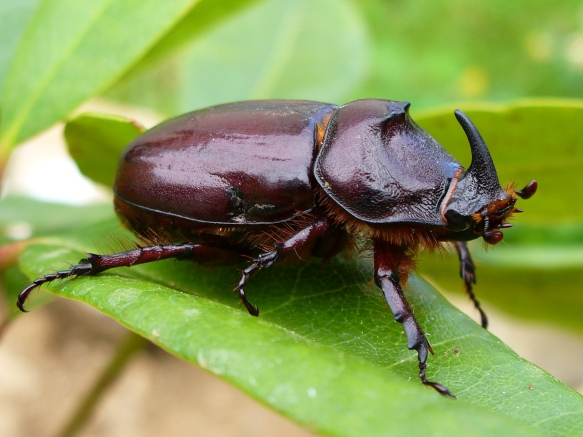 The largest insect order by huge distance is the beetles.  Coleoptera is nearly twice as large as the second largest order of insects.  Incredibly, 40% of known insect species and 25% of all known animal species are beetles.  The primary characteristic of beetles is two pairs of wings, with the top pair being shell-like to provide protection for the second pair.  Some of the most popular insects are classified in the order, including ladybugs, fireflies, rhino beetles, and goliath beetles (the heaviest of all insects).  However, not all beetles are beloved.  The boll weevil is the most costly North American pest to cotton farmer, with a study finding that boll weevils had cost the US $13 billion since crossing into the country in the early 1900s.