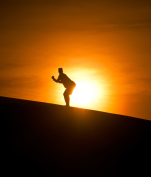 We mostly fart at night while we sleep. These are the main causes of bloating, and consequentially, farting. Laying on your stomach is basically asking for a sleep fart; you’re pressing down on your stomach and your butt is up in the air. 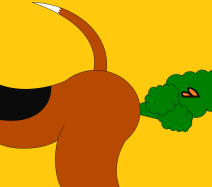 Out of all the animals termites fart the most. Then we should list camels, zebras, sheep, cows, elephants, and dogs (especially labs and retrievers) as one of the big farters as well.

Even though women fart less than men their farts can be smellier because they have a higher amount of hydrogen sulfide in their system. They are also healthier to smell.

An average person farts around 14 times a day and the average 14 farts a day can fill up a balloon. Fortunately most of the farts take place at night while sleeping.

If you have very tight sphincter you will produce louder farts as they have smaller tighter area to squeeze out from.

#4 Foods that Cause Farting

It’s been proven that chewing gums and sodas stimulate farting so if you notice you’re farting excessively and it bothers you, cut down on their consumption. Whole grains, beans and certain vegetables are also known to cause excessive farting. 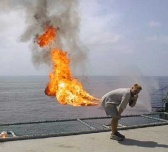 Human farts are ignitable since they contain gasses like Methane and Hydrogen Sulphide. These are the main components of fart that are flammable. These components may not at times be adequately present in the composition of flatus to cause a successful ignition but if it does ignite one would find a blue flame. 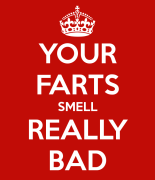 Farts are consisted of hydrogen sulfide that reduces mitochondrial damage. It was discovered that smelling farts can actually be beneficial so don’t clog your nose next time someone farts but take a nice deep breath.

Farts shouldn’t be a reason for feeling embarrassed because they’re a sign you have a healthy digestive system. On the other hand, if you notice you aren’t farting you should consult a doctor.